These are former Modern Cleveland listings of special places and things that no longer exist, for a variety of reasons. For some, their time had come; some had no family to carry them on; others were American fatalities of globalism -- but whatever the reason, they are gone, and we leave this as a modest tribute to their memory. These lost things and places are responsible for special memories for many Clevelanders and visitors to the city.


The atmospheric Bamboo House still has its original 1960s décor -- very Tiki! Theirs is some of my favorite Chinese in town. Notable is their gingery, homemade sweet-sour sauce, and crispy homemade egg rolls. You will appreciate the Roman patterns on their china, their stained-glass lighting and wrought ironwork. My favorite dishes are the honey chicken and the pork Egg Fu Yung. For your less adventurous friends, an American menu is available, with cheeseburgers and the like. "Suffering bastards" are served in authentic vintage tiki mugs while other tropical drinks are served in panda mugs!
Bamboo House Chinese Restaurant, (440) 871-1966, 640 Dover Center Rd, Bay Village, OH 44140 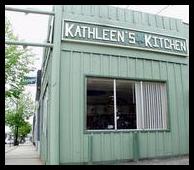 Kathleen's Kitchen is a West Park legend. While not a prefabricated diner, it's an old-time breakfast counter, right up along the main strip of West Park's Kamm's Corner. The business is now run by Kathleen's daughter. Friendly Irish atmosphere emphasized by loyal regulars makes a trip here like eating with family. If you're going on a weekend, get there early because the limited seating fills up quick!
Kathleens Kitchen, (216) 941-4357, 16804 Lorain Ave, Cleveland, OH 44111

Featuring the music you know and love from the old WRMR AM 850, the "Your Music" afternoon program on 1300 WERE was from 1pm to 3pm every Monday through Friday and ran for about a year and a half after WCLV sold their 1420 AM station. The program's last broadcast was on Friday, January 27, 2006. It was hosted by the legendary DJs that make the music great: "Disk Jokey" Jim Davis and "Tall" Ted Hallaman, as well as Jim Szymanski and "Captain" Carl Reese.

Danny Boy Farm Market is one of northeast Ohio's best sources of fresh produce, exotic foods, imports and fresh meats. They stock New York City's Boar's Head meats and sausage, and they have a great butcher, deli, and bakery all with friendly and knowledgeable staff. It has been a family-run operation for over half a century. You can sign up for a free monthly newsletter which has lots of useful info about seasonal crops.
Danny Boy Farm Market, (440) 777-2338, 24519 Lorain Rd, North Olmsted, OH 44070

Yummy Kitchen is a popular family-run Chinese takeout restaurant just across the road from Great Northern Mall. The Chinese food served here is a sweet Peking or Hong Kong style; everything from the General Tso's to the Orange Peel Shrimp has a sweet and tangy flavor. I recommend their sweet and sour chicken combination plate and the curry chicken. Their pan-fried egg noodle dishes are also good. Homemade sauces (hot oil, sweet and sour, and mustard) are available for purchase. Most folks order meals "to go" (myself included), but you can dine in if you'd like. They also have drive-through pick-up service.

We first heard about Yummy Kitchen from Carl Reese on his "House Party" radio show several years ago, and we (like the Reeses) have been regular customers ever since! Sara and the crew can be seen working hard 7 days a week, almost every day of the year.
Yummy Kitchen, (440) 779-2828, 26625 Brook Park Ext, North Olmsted, OH 44070

With a traditional steakhouse interior and old fashioned serve-yourself salad bar, Palmers of Strongsville is a fine place for a steak and a cocktail. The interior décor is a splendid example of the Spanish Modern style. The bar serves up an excellent Manhattan. Noted for ribeye "at its best."
Palmers Restaurant, (440) 238-8830, 17100 Royalton Rd, Strongsville, OH 44136

Lakewood's B-Ware specializes in vintage B-movies, psychotronic film and obscura. If you're looking for an old monster movie, this is where you go. Special collections include Beat generation, classic horror, and Something Weird video. Happily, they also seem to be building up their vintage Hollywood collection, including film noir, and stock such films as the atmospheric Red House with Edward G. Robinson.
B-Ware Video & Books, (216) 521-2210, 13367 Madison Ave, Cleveland, OH 44107 WRMR 1420 AM (formerly am850). Most of your favorite stars from 850am can now be found at 1420 -- from